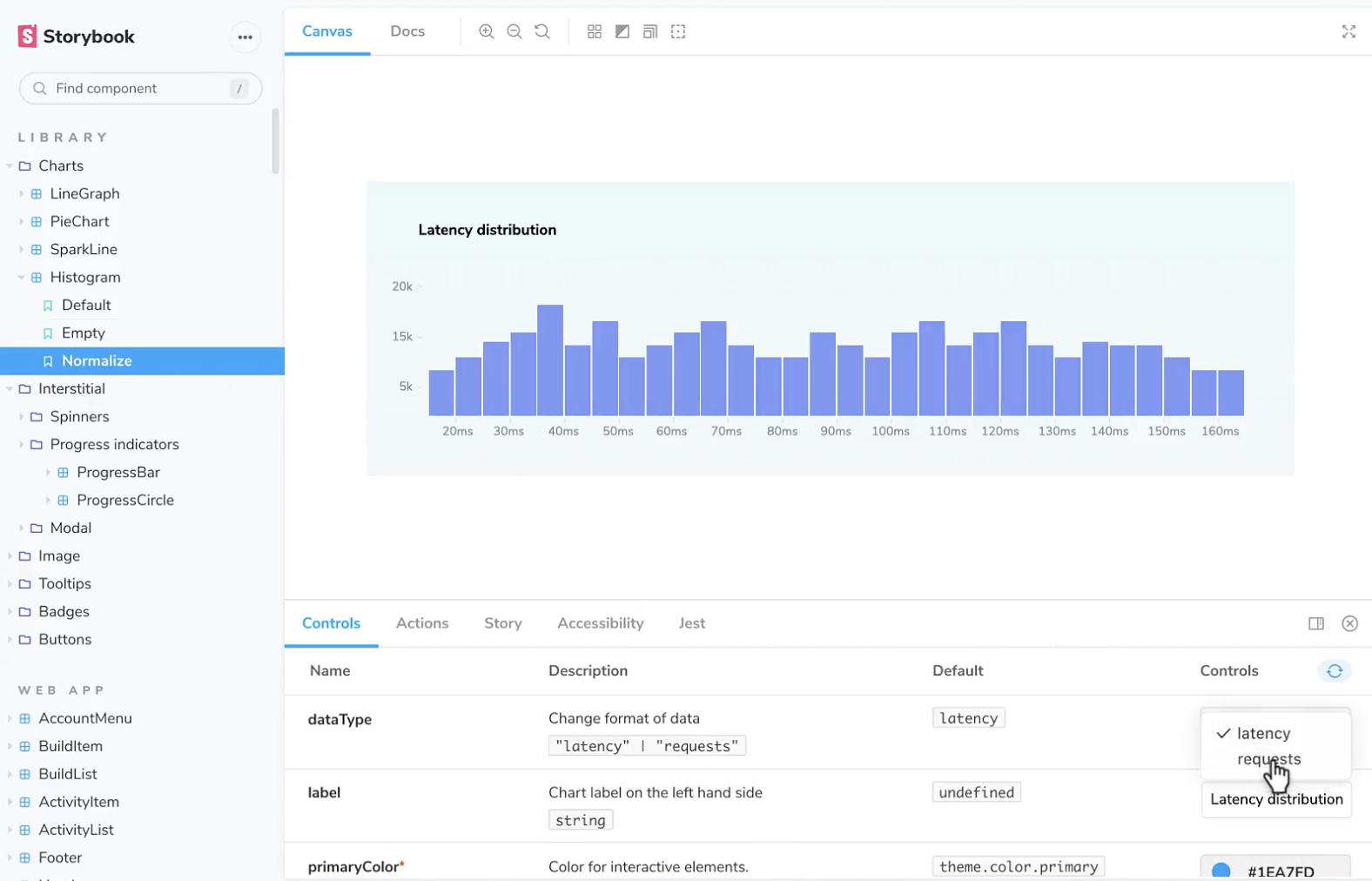 Storybook is an amazing tool for building documentation that lives alongside a component library. It makes a lot of big promises, such as automatically generating documentation based on PropTypes or TypeScript type definitions, UI controls for changing props and previewing those changes, automatic code snippets, and more. Storybook offers zero-config TypeScript support and supports most JavaScript frameworks, including React, Vue, Svelte, Angular, and more.

However, supporting all of those different tools comes with a cost: introducing hundreds of edge cases that are extremely difficult and time-consuming to troubleshoot. In this post, I aim to describe some of the pain points I’ve faced when building a component library and docs site using TypeScript, Styled Components, and Storybook with CSF stories and MDX docs. I’ve spent untold hours scouring GitHub issues. This post is my attempt to round up some of the biggest head-scratchers I encountered in a central, easy-to-find place and hopefully augment Storybook’s documentation on known issues.

The first important concept you should be aware of when using Storybook is that a lot of the underlying tooling relies on your source code and configuration files being “statically analyzable.” This means that these tools simply read the code, but do not evaluate it. For instance, let’s say you are attempting to extend a TS config file:

Storybook will not be able to evaluate, or even load, the TS config you are extending. You must explicitly configure TypeScript in your Storybook project.

Another example where the static concept applies is automatic story source. Have you ever hit the dreaded “No code available,” even though your story preview renders fine?

In order for Storybook to pull your story’s source code, you must use inline named exports for stories:

The second example will result in “No code available” instead of the “Show code” button. So, if you are someone who likes to keep all of your exports at the bottom of the file, tough luck. I couldn’t find anything on GitHub for this specific issue, but this concept also applies to the CSF default export. There is a GitHub issue that describes how naming a variable before exporting it as a default also results in “No code available.”

Now, I will talk about some issues I’ve encountered when using ArgsTable with TypeScript, Styled Components, and Storybook with CSF and MDX.

ArgsTable issues can be challenging to troubleshoot because the react-docgen and react-docgen-typescript output can be cached between builds. To empty the cache, try the following:

The component’s variable name must match its displayName - #15401

This applies if you are using react-docgen-typescript to generate the ArgsTable (the default config if you are using TypeScript.) If the name of the variable assigned to the component does not match its displayName exactly, props won’t be pulled into the ArgsTable. Instead, you’ll get “No inputs found for this component.”

Styled Components + TypeScript: The main component name will show up as “Story” or “undefined” unless the component is a named export in a .tsx file - #18029

This applies if your component has subcomponents, so your ArgsTable renders a tab UI.

As the heading suggests, make sure your component has a named export. The other key is to make sure your file has a .tsx extension even if there is no JSX in it, as is common with Styled Components.

It’s also a good idea to adhere to the aforementioned export constraints and displayName constraints. See Table of Contents.

If you’re like me, you have both TS and JS in your codebase and you’re incrementally rewriting in TS. So, you might have some Styled Components that are written in JS. As far as I know, there is no way to automatically pull PropTypes for a Styled Component into ArgsTable. So, at this point, your options are:

Riffing on @alexbchr’s solution mentioned above, here is a complete example of modifying Storybook’s TypeScript config to exclude unwanted props from ArgsTable once you’ve fixed all the other issues. 😅

This is similar to the issue above, and the workaround is similar as well. If your HOC adds props, good luck!

Hopefully this serves as a guide for you to create your own Storybook docs templates, or at least a helpful bookmark!

If you’ve read this, tried everything, and are still scratching your head, I’ve opened a GitHub discussion here. ✌️

These are the specific versions of the tools I was using at the time of this post:

Back to home page